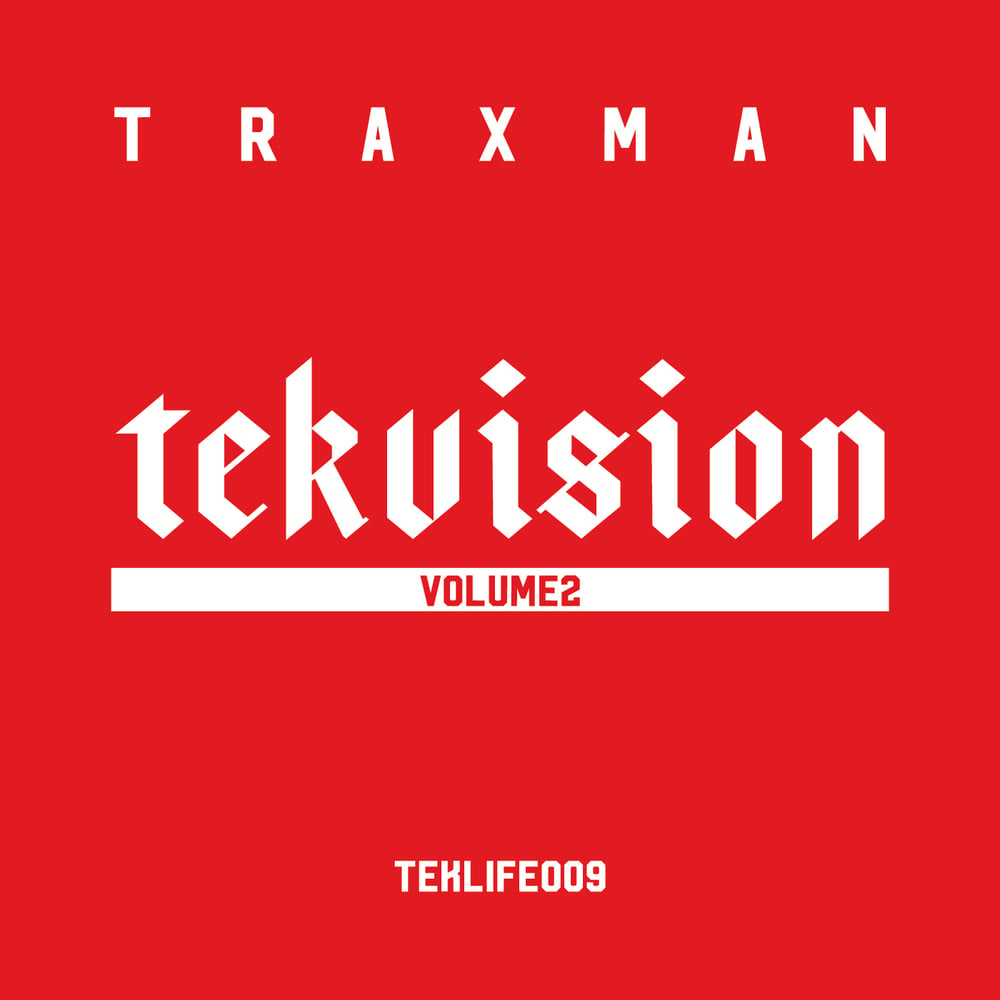 Teklife Records have unveiled their next release: Tekvision Volume 2 by Traxman.

Tekvision Volume 1 was a stone cold classic, with Rolling Stone charting it at #3 in their top 20 EDM records of 2017. Two years on, Cornelius ‘Traxman’ Ferguson returns with the second instalment, featuring 7 exceptional new Footwork productions.

Traxman is a bonafide OG, with a discography dating back to the halcyon era of Ghetto House in the late 80’s and early 90’s. 30 years on, Traxman is a revered figure in Chicago’s urban music scene, having presided over the evolution from Ghetto House to Juke and from Juke to Footwork culture.

Originally released in 1989, Work Dat Mutha Fucker by Steven Poindexter is considered to be one of the most influential tracks from the early days of Ghetto House. Traxman remixes it brilliantly on this release, reworking the stripped back, minimalist drum beat of the original into an upfront Footwork pattern.

This sense of continuity is equally evident on Let Me See You Naked feat. DJ Juicy, and Traxman’s remix of To Da Hoooz by DJ Deeon. These productions successfully capture the sexual energy and exuberance of Ghetto House, turbo charged at 160 BPM.

Elsewhere on the record, Traxman explores different moods whilst always keeping the dance floor firmly in mind. The opening track It’s Lasting Bass lays an infectious vocal harmony over complex drum patterns and a fearsome bassline. Osaka opens with mellow, sultry keys before introducing a wobbling synth and diced up Orchestal samples. 4 Da Lyfe is a soulful and slightly more meditative track, with a vocal loop expressing solidarity and self-affirmation. Wildcard featuring Jana Rush, stands alone as the only track without a vocal element, instead utilising a piercing and insistent synth to create a powerful sonic intensity.

Overall this is triumphant record, and a worthy successor to the original Tekvision release, proving once again that Traxman is an unrivalled exponent of MPC-driven footwork energy .

Tekvision Volume 2 will be available on digital and vinyl formats from July 5th 2019. Order now via https://smarturl.it/TekvisionVol.2